Angkor, in Cambodia’s northern province of Siem Reap, is one of the most important archaeological sites of Southeast Asia and also the Cambodia Angkor Wat Worldwide Number One Visited temple, and then Angkor watt is  turned the Jewel of Cambodia and Southeast Asia

The temples is extended over approximately 400 square kilometres and consists of scores of temples, hydraulic structures (basins, dykes, reservoirs, canals) as well as communication routes. For several centuries Angkor, was the centre of the Khmer Kingdom. 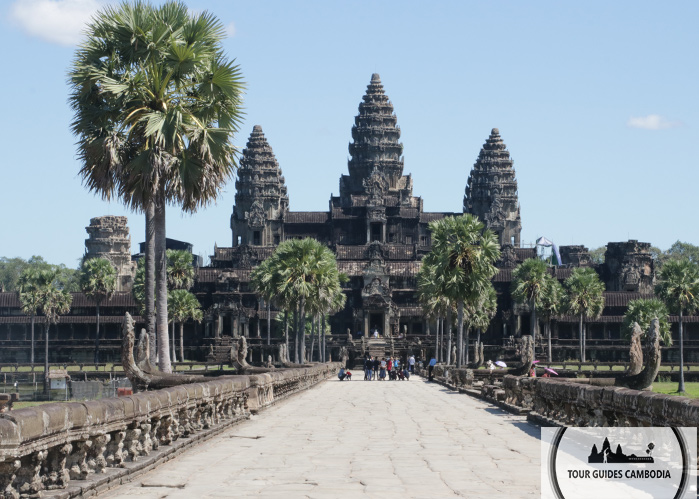 Angkor watt was beginning to be built by the great king Surya varman II, then sacked and destroyed by the Hindu Champa kingdom (the neighbors and rival) who contest the supremacy of Hinduism of southeast Asia at that moment.
The new version and idea of the architecture of Angkor watt, who showed the 5 towers was a fixed idea of the next great ruler, King Jayavarman VII. Who showed the 5 peaks of Meru mountain, which the main tower can represent the Kailash mountain of the Hindu & Buddhism cosmology. And also the 4 Loyal Vassals under the Middle Khmer Empire . A big statue of Avalokiteshvara (confounds with Visnu by the great scholars) with Bayon feature welcomes you in the first entrance of Angkor watt, this is believed that Angkor watt possessed around 2000 Apsara engraved with different faces & features.
With unremunerated Nagas carvings, statues & engravings. Angkor watt was a jewel of all Khmer customs regrouped, the Vaishnavism of Visnu (Mahabaratta/Ramayana) are carved and defy the centuries and times until now.
The 5 mounts show the Meru mountain of Lord Shiva.
The ceremony of Buddhism Mahayana was also practiced at the 4 pools at the top of every corner of the temple, who are similar to the 4 basins of Neak Poan temple
The inscription of Angkor watt, mentioning the lineage of the Rakka Soma Kula Anga Kamboja Kamraten. Who is meaning the; The Khmer “Kamboja” Dragon from the Lunar (Soma) Dynasty 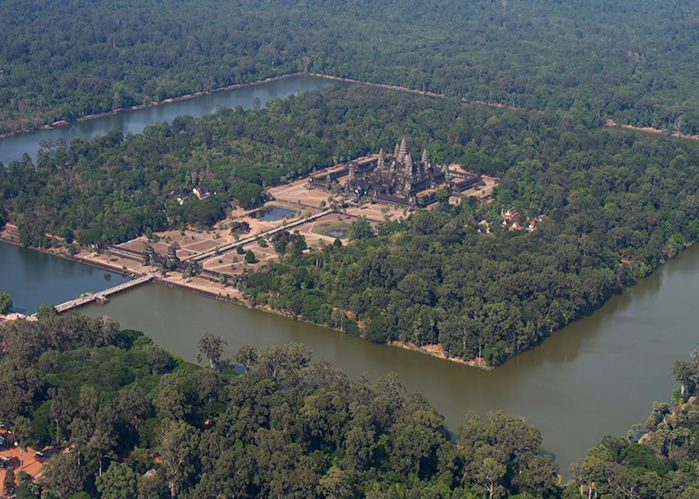 surrounded by Baray and water Channels for praise the honor of Visnu who is lied on the cosmic ocean, there is no such kind of architecture who rivaling at the All Hindu Art and empire (Khmer/Indian/Champa/Javanese) architecture.

Other things to do

mondulkiri things to do

Sihanoukville Thing To Do Tourist Sites